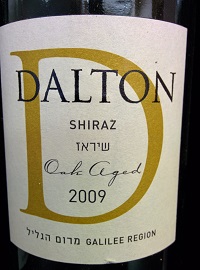 (April 3, 2015) ... I'm at a Passover dinner and I've been charged with picking the wine from a certain section of the wine cellar. Kosher wines aren't a very exciting category in general but there are usually one or two that surprise. I know the ones I had chosen tonight were ones I have tried in the past and enjoyed, but now they have some years on them, would they still have the same impressive impact?

I guess I'm about to find out.

Starting off with a Dalton 2009 Shiraz, oak aged from Israel ... The fruit seems to have abandoned this one six years from vintage date, but retains some Shiraz character in its pepperyness, but then there is also plenty of smoky and oaky notes too. It was drinkable but not something all that enjoyable - probably better with grilled meat than a baked brisket. 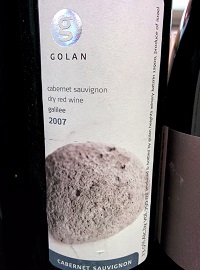 Second wine out of the cellar fared a little better: Golan 2007 Cabernet Sauvignon, two years older and also from Israel ... Here there was an element of fruit coming through, in the form of plum, cocoa, and strawberry, a little more on the dried fruit side with a chalkiness from the remaining tannins and a fair amount of acidity. Also found a freeze dried raspberry finish in here ... Best bottle of the two tried.