Ribs and Zin at Joe's (California) 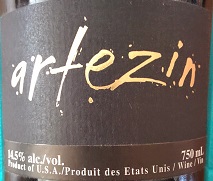 (April 19, 2015) ... It was one of those April weekends that you wish always happened - weather-wise and other-wise.  Yesterday I dropped the mic on a gorgeous Ravenswood Zinfandel ... today we're invited over to my neighbour's place for a mess of ribs ... and what better wine to bring along than Zin - and not just one bottle, but three:

The oldest bottle I brought along was a Artezin 2003 Zinfandel, a blend of 12% Napa / 21% Amador / 67% Mendocino fruit ... for those that have no faith in Zin ageing best think again, when a good one ages it gets elegant and this was no exception.  Nose is all dried red fruit and vanilla; palate is still youthful of fruit with plum, cherry, oak-spice and vanilla, there's even a smoky note and some great acidity to keep everything in check.  As J.J. Walker used to say, "Dy-no-mite". 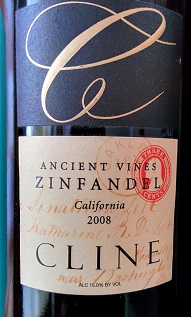 I then cracked something a little younger, Cline 2008 Ancient Vines Zinfandel.  I have had some pretty lame Ancient Vines from Cline over the past years as they seem to be getting sweeter with more alcohol, but the '08 was a watershed for me, because it was the first Ancient Vines I tried and might still be one of the best, even with 7 years under its belt.  Aromas are olfatory awakening with plum, vanilla, and black cherry ... palate was round and full of flavour:  juicy with spiced-plum, vanilla bean, black cherry, and just the right amount of spice for balance.  Man I could open a bottle of this wine every year and every year it would impress.

If memory serves the Canadiens were in their playoff run at this time and so we crossed backyards back to my place where I opened my third and final Zin of the evening, a JanKris 2004 Tres Ranchos Zinfandel ... yet again a Zin with lots to offer and one that barely showed its age.  Nose of raspberry, spice, oak, and cassis; a palate that was exceptionally smooth yet with spicy notes of peppered-raspberry. The 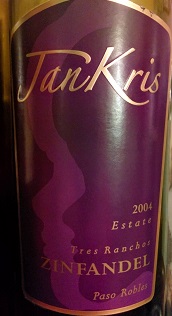 finish pretty much follows as expected from the nose and palate: great raspberry and spice linger with a plummy smoothness.  If I was not a fan of this grape before tonight I would have been after ... as for my neighbour Joe ... he's became a fan on the first bottle and it was solidified by the last.