Fresh off the plane I head straight to two wineries ... let's take a look at what they have to offer: 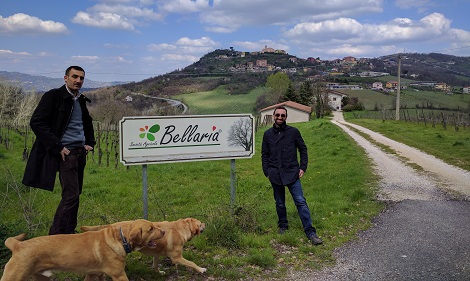 If the Pope drank your wine when he flies how often would you tell a visiting journalist?  This is not a trick question – it actually happened to me on my visit to Bellaria winery in Irpinia (Campania, Italy), in fact it happened so often I lost count; but, and here’s where I have to be completely honest – after I tried the wine I’d have to say that Pope Francis has good taste in wine. 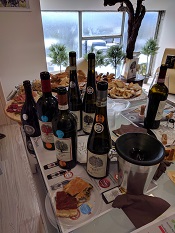 The folks at Bellaria really have a handle on making good quality wines (11 in total) producing about 100,000 bottles each year: 2 sparklings, 5 reds and 4 whites. I sat down with Antonio Pepe (owner), Gabriele Musto and Raffaele Noviello (winemaker) to taste 8 of those wines … each with a unique twist: 2015 Coda di Volpe (Ottant’anni Irpinia, aka 80 year old vines) – and the Grand Pappy of the whites is that “Pope Wine”, 2015 Oltre - Greco di Tufo, a wine that is so unique in its make up you have to taste it to believe it.  Red wines are dominated by the Aglianico grape in everything from this part of Campania, from IGT all the way up to the Taurasi: 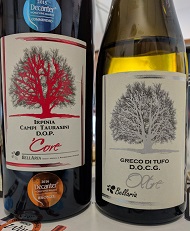 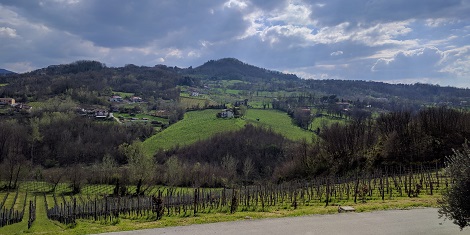 Visit two was to DonnaChiara and a wonderful afternoon talk with Ilaria Patitto (owner), who you could easily chat with and have a cup of tea (or glass of wine depending on time of day) and just while away the afternoon: Top 3 wines here were: 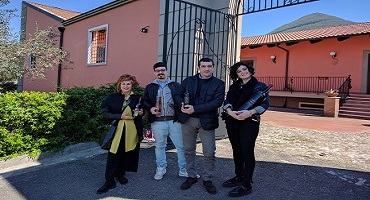 Day 2 started with me bonding with my driver (Pierluigi) over Carhartt – he wore pants and I had on a jacket made by the US-based company … we both agreed their clothing quality was excellent; but other than

that our English-Italian conversation was very one-sided (towards the English, as my Italian is virtually non-existent).  I was set to visit Masseria Vigne Vecchie, and the key phrase of the day was “under new management”, actually meaning, the younger generation is taking over, and in the wake of that the winery is set for a name change: “Samnes”, which is now beginning to appear on some bottles.  While there I was goaded into trying their grappa (which was tasty, but I am still not a grappa fan); what really impressed me here was the 2012 Iacco … they also showed off the new labels and new class of wines under the Samnes umbrella: Bianco Sannio and Rosso Sannio both named Secutor. 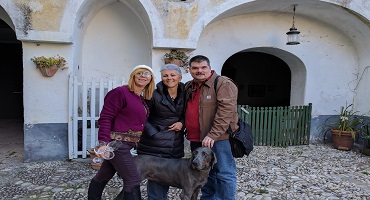 In typical Italian fashion I was late for stop number two, I believe by at least 2 hours (maybe more), to Mustilli, now run by the sister team of Paola and Anna Chiara Mustilli, Anna is the winemaker while her sister Paola is obviously the voice behind the brand … Mustilli is most noted for the re-birth of Falanghina, having brought it back from the dead in single varietal form in the late 1920’s (with a bottling in 1929) – in the

catacombs of their cellar is the very first bottle, under Plexiglas (and hard to get a picture of) – there were a multitude of impressive wines here, most notably: 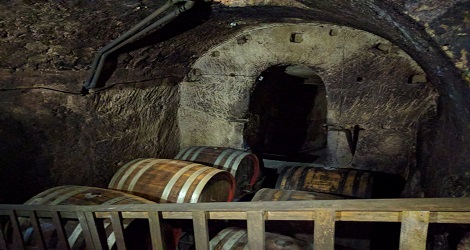