(January 9, 2018) ... We kicked the day off at Mission Estate (the first to plant grapes in the region in 1851) and ended our two day tour of Hawkes Bay with Te Mata (the first boutique winery in New Zealand) and with a pizza from the Detroit Pizza Company in Taradale (just down the road from our hotel) … we also did a little wander through Napier, the Art Deco capital of the world. In between we wined and dined at the Villa Maria group of wineries on the North Island (owned by Sir George Fistonich) – both Te Awa and Vidal - tasted some great Hawkes Bay Syrah and checked out the scenery we’re told can only be bested by the South Island – here’s a brief synopsis. 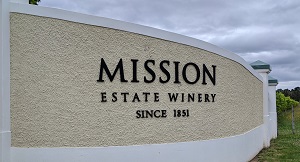 Met by Simon Swa at the door we were blown away by the sheer size of the winery and the story behind it: first commercial wines sold in 1870, first vines planted 1851 (Pinot Gris) which makes Hawkes Bay the oldest wine region in New Zealand. Today the winery estate vineyard has 20 hectares planted with three other vineyard sites totalling about 150 hectares where Merlot dominates followed by Syrah and Chardonnay. 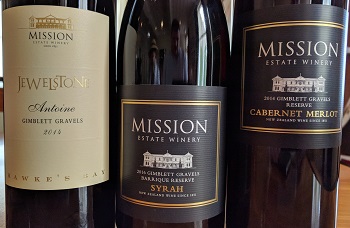 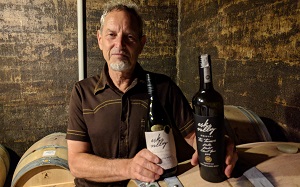 Established in 1933 Esk is one of the jewels in the Villa Maria North crown, with a winemaker (Gordon Russell, above) who has been doing his duties for 25 years and has seen many an assistant winemaker come and go, including a few who have moved on to work in Canada. The Terraces wine and vineyard is a single block expression of a vintage that contains Malbec, Merlot and Cabernet Franc that are co-fermented to create one wine - this truly is something wild and wonderful – and something Gordon says can only come from his mind. 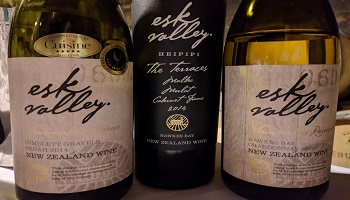 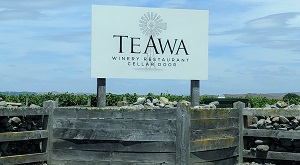 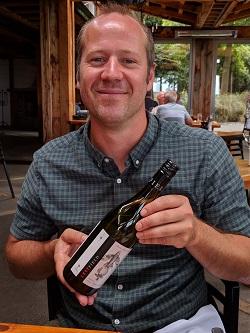 Another in the Villa Maria group, this one produced the wine of summer (outside of Ontario) for us at my house, the 2016 Left Field Sauvignon Blanc. The winery sits just outside the Gimblett Gravels and has 2/3 of its vineyards in the Gravels (the first region in the world defined solely by it soil type). The Left Field range started out as wines made from their grapes grown outside the Gimblett and has moved on to be wines that are not “right minded thinking” (ie: Sauvignon Blanc from Nelson, not Marlborough).  Te Awa means “the river” and their vineyards are dominated by Merlot and Chardonnay, with Syrah and Cabernet Sauvignon being next in line. We met, tasted and had lunch with Richard Painter (right), the winemaker since 2013. And had our first ever taste of pekepekekiore - pictured below. After our visit and tasting with Richard we were taken aroud to numerous vineyard sites and shown the make up of the Gimblett Gravels soil by viticulturalist Jonathan Hamlet and his two dogs Molly and Holly - the stoniness of the soils was truly impressive and the stories he told about the creation and history of the region gave us added admiration for those with the fore-sight to grow grapes here - this is truly a one of a kind region, not only for New Zealand, but the world. 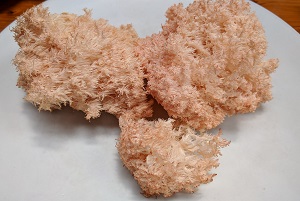 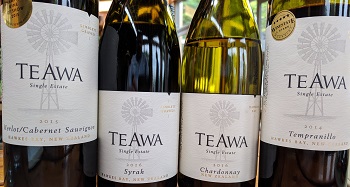 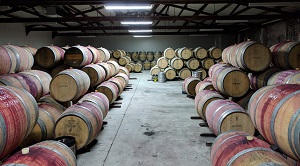 The third winery in the Villa Maria crown of Hawkes Bay is helmed by Hugh Crighton, whom I interviewed for a Podcast (Two Guys Talking Wine) segment that Andre is going to love – because it’s about Chardonnay. Hugh’s passion is Chardonnay and it shows with both of the Chardonnays I tried scoring 4-stars or better … dinner was at Vidal’s in-house restaurant, the first winery restaurant in Hawkes Bay … and the food was awesome. 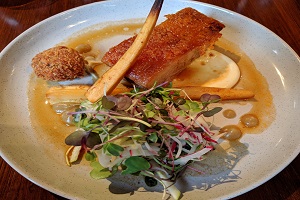 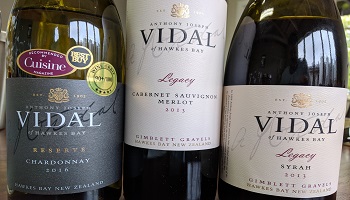 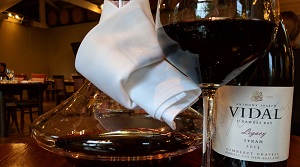 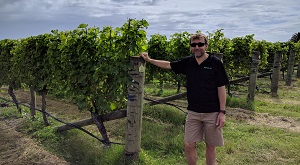 The German owned Elephant Hill gets its name from the owner’s love of all things elephant; the vineyard was planted in 2002 and the estate has 25 hectares planted in their coastal vineyard with magnificent views; their inland vineyard holdings include 18 hectares in the much coveted Gimblett Gravels and another 18 in the Triangle vineyard. While one of the few wineries growing Viognier in the area they do admit it is hard to grow because it is “fickle as hell”.  It’s all about blocks at Elephant Hill, with 61 hectares under their control they have broken down the vineyard into 54 blocks which get harvested and fermented separately. Jon Peet (viticulturalist) was gracious enough to show us around and he is pictured to the right with a very odd planting in Hawkes Bay, Sauvignon Blanc - while it is a staple of New Zealand viticulture it is a rarity for the heat of Hawkes Bay. 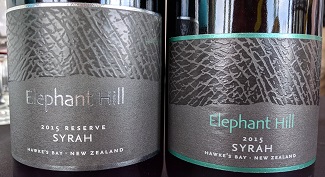 Established in 1998 at the foot of the sleeping giant, (hill resembles a sleeping giant) by a Brisbane family looking to establish a legacy of their own. They own three vineyards in Gimblett Gravels, Martinborough and Te Awanga totalling 120 hectares – with a new planting on the way in Martinborough to satisfy the growing popularity of their wines. They are trying to re-establish Riesling as a noble variety in New Zealand but Sauvignon Blanc just has too strong a stranglehold; in my opinion the grape they should be focusing on is their Merlot, which is truly the bomb. 95% of their production gets exported and sold mainly to restaurants … and speaking of restaurants their Terroir Restaurant makes awesome potato bread which goes great with the camembert butter and the steak below was just awesome. 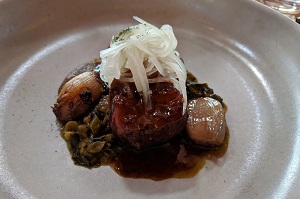 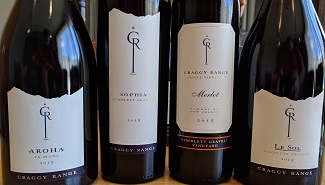 Established in 1892 by the Chambers family with their first vintage in 1996, this is the oldest continuously run and first boutique winery in New Zealand; now owned by the Buck family, who took over the winery 56 years ago, it is a complete family operation from top to bottom. They are a 30,000 case winery that exports to 45 countries around the world – everything from grape growing to bottling and winemaking is done within 1-2 square kilometers of the cellar door. Their three vineyard sites include Havelock, Bridgepar-Gimblett and Woodthorpe, they use all estate grapes from within Hawkes Bay and family lives no more than a 30 minutes from the winery. They sell about one-third to a half of their grapes and keep what they need to produce their high-quality, highly coveted wines. 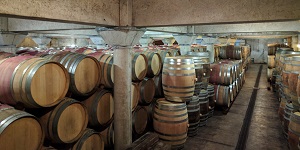 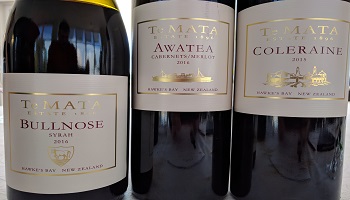 Looking out across Napier Harbour from Bluff Hill