April 1, 2019 ... Yes it was April Fool's but there was nothing funny on a bus in Washington State where we were deadly serious about learning  what makes Washington wine so damn good and yet at the same time they are having  a lot of fun with it.

Kicking our day off at Owen Roe, who had, up to this point, the best rosé of the trip (oh, but wait, the best rosé is still to come). The winery was established in 1999 in Oregon to focus on Pinot Noir, but then 10 years later bought a Washington property to make other reds and whites … but it was the reds that truly impressed including a bottle with a severed hand on it.

Next stop on our journey: Powers Winery.  A 71-acre property with vineyards up to 1,000 feet above sea level. Organic since 1988 and certified in 1990 - they produce 1 million bottles a year, though it grows only 8% of what they require.

Last stop was for dinner at Woodward Canyon, started by Washington pioneer Rick Small in 1981 (at the time one of the first wineries in Washington State) - after dinner, and the wines tasted below, Rick opened up the door to his cellar to let us try some Washington State history with his 1999 and 1987 Cabernets. 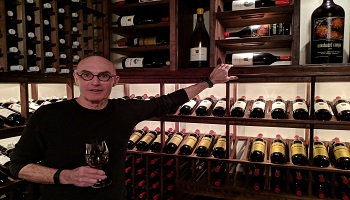