At a recent dinner held by Stoney Ridge at Truffles Restaurant in Yorkville, they launched and previewed some new wines, showcased some older wines and talked frankly about what’s upcoming for Stoney Ridge. Now I would tell you about the great food served and the pairings with the wines, but I did not get the recipes, nor, I am sure, is Lora Kirk (chef at Truffles Restaurant) prepared to divulge her secrets about the succulent short ribs or delicious cauliflower soup. Suffice it to say the food was delicious. What I can tell you about are the wines.

We started the evening off with the 2003 Charlottes Chardonnnay (named after winery founder Jim Warren’s wife – both Jim and Charlotte were in attendance at the event). This is a magnificent unoaked wine (which is the way I seem to enjoy most of my Chardonnays, with some exceptions of course). Wonderful fruit flavours and a fruit driven nose that reminded me of a dry Riesling. At $24.95 it really is a bargain.

Moving right along, I’d like to start by praising the 2004 Founder’s Signature Collection Pinot Noir. Winemaker Liubomir Popovici told us that 2004 was not a particularly great year for Pinot, yet this one turned out beautiful and can only get better with a few more years in bottle. The nose showed typical Pinot characteristics: strawberry, earth, raspberry, truffle, black licorice, sour cherry and plum; with tastes that followed suit on a medium long finish and some great acidity giving the wine some length and backbone - making this wine the highlight of the night. Then Art Cole stood up and broke our hearts … “the problem with this wine,” he said, “is this is it, there isn’t anymore, we’re sold out.” If you were lucky enough to buy a bottle (or more) you can drink it now or hold onto it – but you have yourself an absolute beauty of a wine. If you’re like me and have none, this description is all we have left. Though the 2005 Founder’s Signature Collection Pinot Noir is on it’s way, in the spring of 2007, and Liubomir says 2005 was a great year for reds … more on that later.

Speaking of not much left, for dessert we were served a 1999 (barrel aged and fermented) Gewurztraminer Icewine. I’ve tried an aged Gewurztraminer Icewine before (a 1999 for that matter) and found that it had not aged well. The Stoney Ridge version has been aged in oak and has surprising staying power (which was the big difference from the one I tried from a different winery) … the wood seems to have made all the difference. Rusty in colour, mainly from the barrels, but I am sure the age also has something to do with it. There were notes of butterscotch, apricots and rusty apple on the nose; caramel apple the predominant taste, and with full mouth-feel and lasting finish this wine was an elegant end to the evening. 100 or so cases are heading overseas, so it you want some now’s the time to pick some up. After trying it, $59.95 didn’t seem like such a steep price for an aged icewine of this quality.

Switching gears; this year marks the first time Stoney Ridge tries their hand at making sparkling wine done in the Methode Champagnoise. 60% Chardonnay and 40% Pinot Noir, bottled in January 2006 and set for release in March of 2007 (just missing that precious Valentine’s Day mark). A fruity, yeasty, nutty nose is followed by good acidity, wonderful fruit and tiny playful bubbles that dance on the tongue. Fresh and delicious, a decidedly good first effort.

Unfortunately, I can’t say the same for the 2005 Reserve Chardonnay. Now granted this is a pre-tasting and it will still be sitting in the barrel for another 6 months (for a total of a year and a half), but right now it’s closed with green and grassy notes along with a hint of oak on the nose. Everything just seemed muted and no matter how much air I tried to give it in the glass it did not want to open up. On the taste there is some typical oak and butter notes, but right now it is showing poorly. We’ll check back on this one in 6 to 8 months, after bottling and release. Here’s hoping Liubomir can finesse something out of this one.

Finally, let’s end on a high note. The 2004 Winemaker’s Reserve Cabernet Franc is stellar. Aged in French oak for 2 years, the wine shows incredible complexity on the nose: vanilla, cinnamon, cassis, oak and cherry, all wrapped up in a sweet, yet tannic oak blanket. The taste is a little tight but still shows signs of blackberry, cherry, vanilla, cinnamon, nutmeg, clove, oak and plenty of tannin with a medium finish. A little pricey at $59.95, but it’s a wine that’ll age a minimum 5 years (Liubomir claims ten). Only 42 cases were made of this wine and it will sell out quickly, even at that price. As Liubomir said, 2004 was not a great year for reds in Ontario, and yet he has made this wonderful wine. I can’t wait to try the 2005 version.

So what’s in store for Stoney Ridge in the coming months. Liubomir told me that the 2005 reds in Ontario, and especially from Stoney Ridge, are developing beautifully and will be some of the best in recent memory. He also informed me that the 2006 harvest is nearly complete, and while we had a great spring and summer the rains and cold weather that have accompanied this crazy fall season have played some havoc. The whites are clean and looking good, the early ripening reds like Pinot Noir and Merlot are gonna be okay, and the late bloomers like Cabernet Franc and Shiraz are wait and see. That’s right, you did read correctly, Stoney Ridge, and Shiraz fans alike will be thrilled to find out that, Luibomir and Stoney Ridge will be trying their hand at making their first Shiraz from the 2006 vintage … if they show the same adeptness for Shiraz that they show for their other wines it is sure to turn out wonderfully.

Keep your eyes peeled for other new release that will begin to appear on their wine store shelves this spring … and rest assured there are some great wines on the horizon.

Gloomy doesn’t go far enough in describing what the fall has been like, nor does rainy or cold, but on yet another gloomy, rainy and cold autumn day in Toronto, the intrepid, and myself congregated at the King Eddy hotel downtown to try some of the wines from the Port and Douro region of the world – otherwise known as Portugal … and I would have to say I came away with some pretty good finds that I am very happy to share with you … as well as remind you about some old favourites.

In a room set with 17 stations, we stumble around from table to table tasting white and red wines and white, red, tawny and ruby ports. Below you’ll find my selections from the day’s event:

Best Red Wine … hands down was the 2003 Callabriga Douro ($18.95 Vintages) from Sogrape. Callabriga is a blend of three grapes from the region: Tinta Roriz, Touriga Franca and Touriga Nacional; with the nose and flavours of black fruit and fine tannin backbone … delicious for now or for ageing over the next 5+ years.

Best White Port goes to Foncesca ($12.95 LCBO #276816) a delicious little number that was light and seemingly refreshing in comparison to the much heavier red ports. Plenty of bright fruit flavours, but make no mistake, this is not “white wine” that you’d have with dinner, it’s sweet port, and truly delicious, something to consume before dinner as aperitif, or after, your choice.

Best Ruby Port was a toss up between Dow’s Fine Ruby ($14 LCBO #649715 – available all the time), which was nice and light with good fruity and nutty port flavours without the sweet sticky heaviness, and reasonably priced for its punch. While the limited edition Newman’s Celebrated Ruby ($14.95 – Vintages – available now) was quite impressive for the price … if you can’t find the Newman’s keep in mind that the Dow’s is available year round.

Best Red Port: Quinta de Noval Late Bottled Vintage ($23.95 LCBO #677815) sweet cherry and raisin flavours predominated in both nose and mouth – as was once said on a Simpson’s episode “there’s a party in my mouth and everyone’s invited” – delicious doesn’t say enough for this one.

Now you probably noticed that the above mentioned “Best ofs” were all under $25, I like to think, and shop, in bang-for-the-buck, so to speak – when money’s no object there are other great ports to be had, both Vintage and non-vintage … let’s take for example the real star of the show, the Taylor Fladgate 40 year old Tawny (LCBO #540260) … this amber coloured liquid is like nectar from the God’s for port drinkers – nutty flavours intermingle with butterscotch and caramel leaving a deep long finish behind … price, a mere $239 per bottle, start saving your pennies. And I called this one Best Wallet Opener. 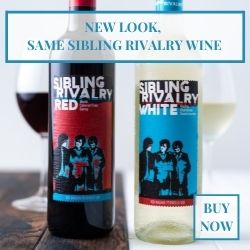