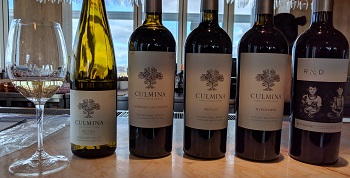 (November 2017 / June 2018) … If you ever wondered what happened to the other half of Jackson-Triggs (Jackson makes wine in Ontario under the Union Label), wonder no more, he’s happily ensconced in British Columbia making wine of his own at Culmina with his daughter Sara (and other family members).

You can hear part one of our Culmina podcast here (with Sara Triggs) and stay tuned for part 2 with Donald Triggs himself coming up as part of our Legacy series later this year.

A Little About Culmina …

The family moved onto the site in 2007, it is a small family project and they control all the fruit, focusing mainly on Bordeaux grapes and red blends, it is located on the Golden Mile in the Okanagan, between Oliver and Osoyoos, and consists of 56 acres broken down into 44 micro blocks due to their diversity of soils. 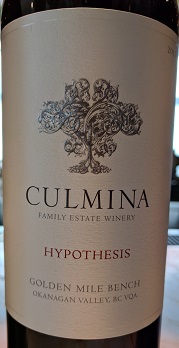 click on wine name to read the full review