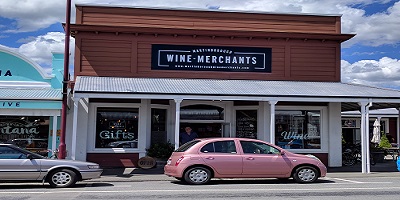 (January 10, 2018) ... We left the heat of Hawkes Bay with a couple of stops along the way, Te Mata Figs and Telegraph Hill Olivery; we were heading for the “cooler”, drier, yet equally beautiful, region of Martinborough … here we visited with 5 wineries, met more fabulous people and learned a lot about a region we know very little about back home, or at least hear very little about.

We meet with Larry McKenna, whom I interview for the podcast, and Huw (pronounced “Hugh”) two very passionate Pinot-philes.  Because they are first we learn a lot about the region, like it is the driest place on the north island (700mm annually), the free draining soils on the escarpment and that Martinborough is in a rain shadow. Larry’s fruit comes from two locations, his own 19 hectare plot and from another 10 hectares from growers dotted around, making 15,000 cases in total. Larry is such a Pinot-head that he grows its well-known mutations: Pinot Gris and Pinot Blanc (one of only a few in New Zealand) along with Chardonnay and Riesling. “We are a Sauvignon Blanc free zone,” he says, “we are Pinot producers first and foremost”. 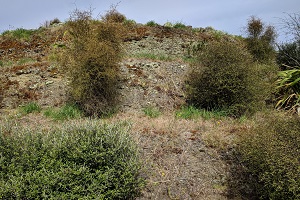 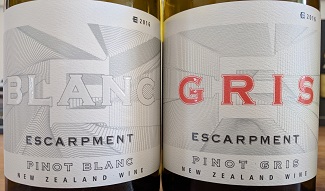 Established in 1984 with a vineyard planted in 1978 (Chardonnay and Gewurztraminer) – today it’s a 104 hectare estate broken down into 4 vineyards ranging from 60m to 180m above sea level; two vineyards are on the Martinborough Terrace and the others called Spring Rock and Rua are “around the area”. They grow Pinot Noir, Chardonnay, Sauvignon Blanc, Riesling and Pinot Gris with the majority being Pinot Noir (about two-thirds) – and the Pinots were the star of this show. Te Kairange is owned by the Foley Family of Texas, but the New Zealand holdings (of which there are 4, soon to be 5) are run as a separate entity. Winemaker John Kavanagh has been making the wines since 2013. We also learned that a fellow by the name of John Martin started Martinborough and named it after himself (why not?!?). 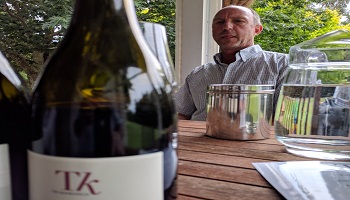 One of the founding 4 wineries of the area, which includes ata Rangi, Dry River and Chiffney; planted in 1980 on the 8 hectare home block – this is another winery owned by the Foley Family, purchased in 2014; they grow Pinot Noir, Chardonnay, Sauvignon Blanc, Riesling, Pinot Gris, Syrah and Viognier … the Syrah and Viognier are made into a co-fermented wine and there is such little Viognier don’t expect to see a solo offering any time soon. Here Paul Mason is the winemaker and he pre-dates the Foley sale, started in 2004 as an assistant and taking over in 2007. Interesting to note that Martinbrough has only had three winemakers in their history, their first being Larry McKenna. 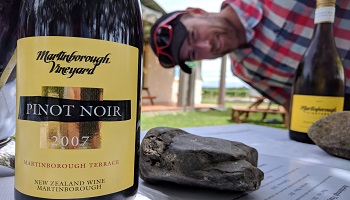 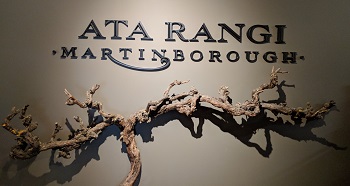 Another of those founding wineries planted in 1980 by Clive Paton who acquired some 2000 “Abel clone” vines to start his vineyard (how “Abel clone” got to New Zealand has an interesting story behind it which involves Romanee Conti). Their home block is only 7.5 acres (yes acres), 5.5 of which are planted. In total they have 32 hectares (yes hectares) owned or under their control … 60% of which is Pinot Noir. We were met by Helen Masters who conducted our tasting on the “main stage” overlooking the vineyard, she has been winemaker here for 15 years. Point of interest: Ata Rangi is still owned by the Paton family today and is part of the 12 families of wine in New Zealand (they’ll make you a wine you can’t refuse). 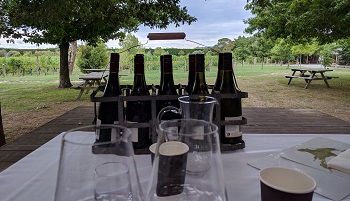 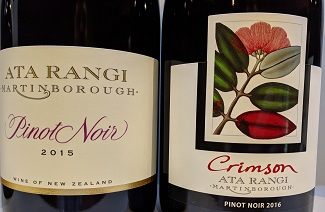 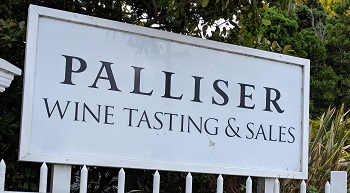 Allan Johnson is the last person we’ll see in Martinborough. Established in 1985 Palliser is 75 hectares broken down into various blocks of Pinot Noir, Sauvingon Blanc, Chardonnay, Pinot Gris and Riesling. As for wines made they are predominantly Savvy B (50%). We learn that Martinborough makes up only 1% of New Zealand’s entire production – by comparison Marlborough is about 75%. This is our first encounter with a sparkling wine here in New Zealand, a country that should be rich in sparkling wines production. 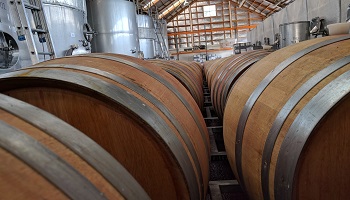