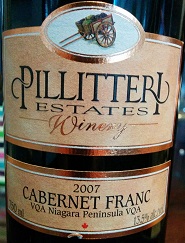 (April 27, 2016) ... Pillitteri has always prided itself on Cabernet Franc (and in truth they've done a great job in the past), 2007 was a great vintage so this '07 came to the table with great pedigree and high hopes on my part. It started off real smoky and cedary with some herbal and tobacco notes backing it up. On the palate those aromas became flavours and added vanilla, dried blackberry and spice into the mix. I have to admit I was not thrilled nor disappointed, it was a well aged Franc with notes of what I expected, though it did lean a little to heavy on the old and woodsy side. 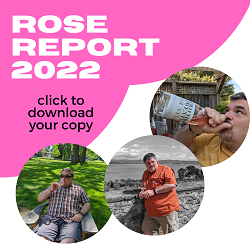